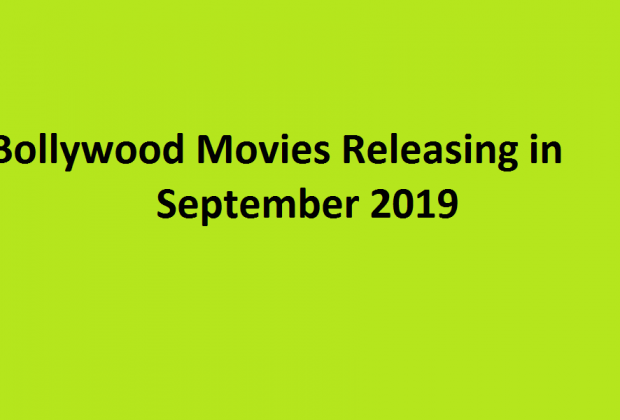 ‘Bollywood’ the word is described Indian cinema as a whole, but more accurately it means Hindi language movies only. The term Bollywood combines Bombay and Hollywood. Lots of Bollywood movies are releasing this year and every month more than 10 movies are released in Bollywood. As we all know Bollywood is the second largest film Industry after Hollywood Industry. In this article, you will find the details about the list of Bollywood Movies Releasing In September 2019

Sunny Deol’s Son Karan Deol making his debut in the Bollywood film Pal Pal Dil Ke Pass which is directed and produced by Sunny Deol. It is a Romantic Drama movie, the important fact about the movie is lead actress Sahher Bambba was selected by Sunny Deol after taking audition of 400 girls for the movie. Pal Pal Dil Ke Pass Movie will hit the big screens on 20th September 2019.

Prasthanam is a remake version of Telugu movie with the same name and directed by Dev Katta. Sanjay Dutt is making his debut as a producer of the film Prasthanam and played the lead role. Jackie Shroff, Chunkey Pandey, Manisha Koirala, and Ali Fazal have played important roles in the movie. The film is based on Politician Baldev Pratap Singh and relations prevailing in his family. If you are looking for Prasthanam Full Movie then you can watch the movies in the theaters after 20th September 2019

Chhichhore is a Bollywood movie the story is about 6 friends past and present life. It is a comedy-drama movie which features Sushant Singh Rajput and Shraddha Kapoor in the lead roles. The total budget of the movie is Rs.70 Cr and expected to collect Rs.100 Cr at the box office for its lifetime collection. Chhichhore Full Movie is running successfully in your nearest theaters and getting a good response from audience and critics.

Satellite Shankar is the latest Bollywood action drama film written and directed by Irfan Kamal. Starring Sooraj Pancholi and Megha Akash in the lead role. T-Series and Cine 1 Studios are the production house of this film. After the 1st Movie Hero, we would be seeing Sooraj Pancholi in the 2nd movie ‘Satellite Shankar’ is based on the life of Indian soldiers, tells a story of the adventures of an Indian soldier.

Record Of Hollywood Movies Of September 2019